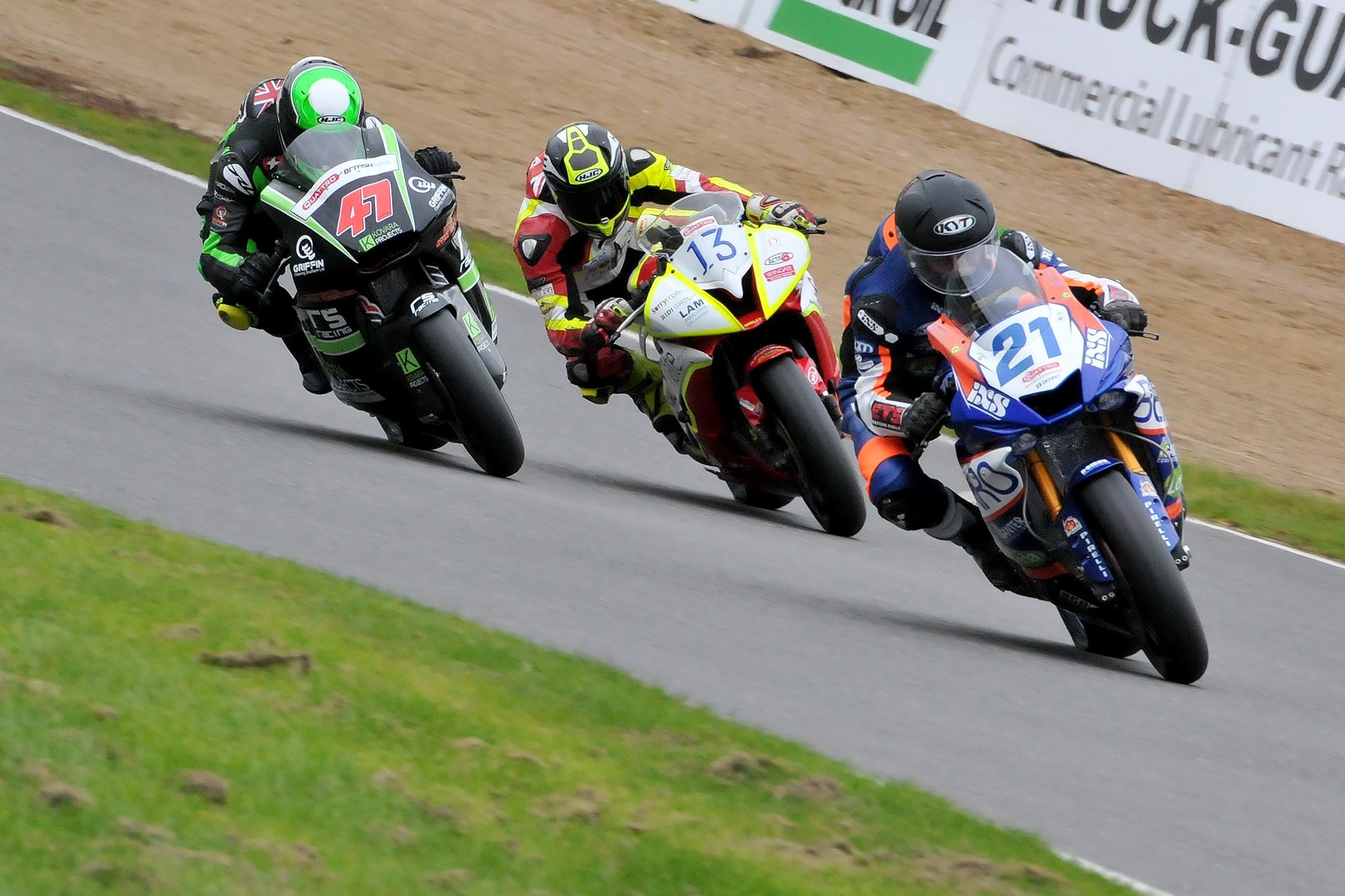 The RS Racing/Kovara Projects team were back in action over the weekend of the 16th to 18th of October with Jake Archer for the final round of the 2020 British Superbike GP2 Championship which took place on the 2.4332 mile GP circuit at Brands Hatch in the Kent countryside.
First up on Friday morning for Jake was free practice one at 11:10am on a dry track with cloudy skies. Jake completed fourteen laps in this session setting his fastest lap time, a 1. 31.749 on his thirteenth lap to end the session seventh in the GP2 class and twentieth overall. Next track action for the team was free practice two which got underway at 2.00pm and for this session Jake completed thirteen laps setting is fastest lap time, a 1.30.771 on his final lap, knocking over a second off his free practice one best time. This saw him placed fifth in the GP2 class and eighteenth overall.
Moving on to Saturday and the first session for Jake and the team was qualifying at 11.45am ahead of race one scheduled for later in the day. Conditions were sketchy under the cloudy skies of Brands Hatch after overnight rain with a drying line starting to appear. Jake put together fourteen laps in this session setting his fastest time, a 1.31.621 on his twelfth lap which would see him placed eighth in the GP2 class and twenty first overall. This meant that Jake would line up on the seventh row of the grid for race one.
The final action of the day for Jake was race one which got underway at 5.00pm and ran over twelve laps on a dry track. As the riders crossed the line to complete the first lap Jake had moved up into nineteenth position behind Tom Toparis and Cameron Horsman with Gary Johnson on his tail. On the sixth lap Jake moved up another position into eighteenth place and was still battling with Tom and Cameron with less than a second between the three riders. Jake kept his head down for the rest of the race and managed to keep Kurt Wigley behind him crossing the finish line in seventeenth position overall and eighth in the GP2 class. During the first race Jake set his fastest lap time, a 1.30.531 which will see him line up on the seventh row in twenty first place for the main feature race on Sunday.
First up on the agenda for Jake on Sunday was morning warm up, a quick eight-minute session at 9.43am on a dry track. Jake completed six laps in warm up and set a lap time of 1.30.791, sixth fastest of the GP2 machines. The final action of the weekend and the 2020 season for the team was the sixteen-lap main race which got underway at 3.15pm. From his twenty first place start Jake got away to a good start as the lights went out and as they completed the first lap, he had moved up the order into seventeenth position behind fellow GP2 contender Dan Jones and supersport rider Rob Hartog. On lap four Jake lost a position to Cameron Horsman on the Nova Go Racing GP2 bike but kept the gap to just two hundredths of a second and retook the position on the ninth lap. Next in Jakes sights was the Australian rider Tom Toparis and on lap ten he made his move to take sixteenth place. He managed to fend off the attentions of Tom in the closing stages and eventually took the chequered flag in fifteenth place overall and sixth in the GP2 class, narrowly missing out on fifth by just 0.155 and picking up another ten championship points.
Coming away from the final round of the 2020 season and the British GP2 championship standings see Jake finish in eighth position on one hundred points.
Jake said: “Brands Hatch was a good weekend for me. My last race of the weekend was probably my best of the year as I had to battle back from halfway through the race when we ran into a small issue, but all in all was a good weekend. I would like to say a massive thank you to Ryan Saxelby and Peter Lucey for all their hard work these last two years, it has not been easy, but we have tried our hardest. I’d also like to thank all my sponsors, Kovara Projects, City Lifting, Radmat, HJC Helmets, Griffin Cleaning, Four Ways Property Maintenance, B Team Shopfitters, A&D Scaffolding Services, A&D Safety Netting and DRC Race Leathers.”
Once again we would like to say a massive thank you to all our team sponsors for all their help this season, make sure you go and give their pages a like: City Lifting https://citylifting.co.uk/, Yorkshire Office Furniture https://www.yorkshireofficefurniture.net/, Travelworld Motorhomes https://www.motorhomes.co.uk/, Mar-ti Titanium https://www.mar-ti.co.uk/, Beta Tools UK http://www.beta-tools.co.uk/, Griffin Cleaning Southern Ltd, Four Ways, Radmat Building Products Ltd https://radmat.com/, EBC Brakes https://ebcbrakes.com/, NDS Mechanical Services http://ndsms.co.uk/ and Bikehps.com https://bikehps.com/.
Race report – Jade Goodison